The all popular easy to use social site Twitter is getting even more social by incorporating what connects people even more socially; new, dispensable, downloadable and contemporary ‘trending now’ music. Twitter has launched #Music service into its line of online entertainment products it offers its subscribers.  # Music is an application downloadable to twitter accounts and according to reviewers, it offers one of the most enticing music search solutions ever, bringing together popular musicians, their music and fans.

# Music is anticipated to be the next big thing on social media when it comes to online entertainment. It will make music search and online entertainment practically optimized and simple for Twitter. The service was on test run there before when it was only available to few famous people but it is now downloadable by everyone who has a twitter account. Among the projected benefits of #Music on Twitter includes: 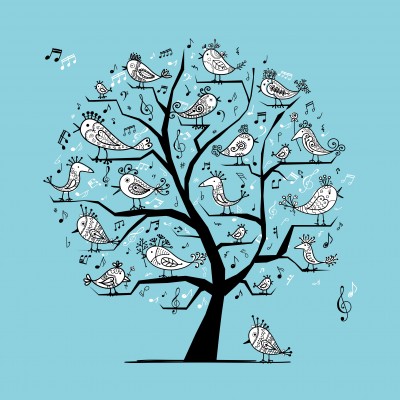 Twitter is a favorite social site for celebrity. It will be easy for them to showcase what they have to a larger audience fast and easy. What will be trending on Twitter’s #Music is generally what is topping the charts in music, what is being discussed more by people on social media and what is new in the music industry. The app will feature more on contemporary music mostly in the genres of Pop and Hip hop.

The app will be next platform for new artists to showcase their new talents. This will make new and upcoming musicians get their tracks moving when the music can get a very fast publicity as what shall be happening with #Music app.  Popular artists like Kanye West who has their presence already strongly established on Twitter will have their new and existing music gain popularity so fast since the app will work in giving preference to the most discussed music on Twitter platform. What is more popular with people is what will first appear in the #Music app search.

#Music works in conjunction with iTunes, Spotify and Rdio to bring out a quality blend of music collection. The above are the largest online hubs for quality music. This will ensure that the best music in such hubs and the best music trending on twitter, all combined will be available to a Twitter #Music account holder. The best thing with #Music is that it would not be a direct replicate of the above music hubs but will work in conjunction to bring about more refined entertainment.

If you are looking to having a new way of getting music into your phone, the twitter #Music has what it takes to offer you that. You could also optimize your Twitter #Music to get your caller ringer tones from your best and the latest music selection. The app has been designed with incredible optimization with tabs applicable to direct users to the music they are searching.

The ‘popular’ tab shows what is popular and trending across Twitter. Hitting the icon opens up to what other people are interested in music. It is from this you will most likely get your favorite song of the time. Hitting ‘suggested’ tab unveils the names of artists you are likely to like according to your past preferences. The app is able to adapt to the users past preferences and always tend to work towards unveiling that whenever the suggested icon is pressed. Hitting ‘Emerging’ tab on the #Music app unveils what Twitter considers unknown to you but could be of interest in terms of artists names and music.

Just like other apps, the #Music becomes easier to use after some time of exposure.

Video Playback: WHAT TO WEAR TO WORK | OFFICE WEAR

Video playback: Career Advice- How to Become a Database Administrator