This is a well known company that has been identified for its consistency in the production of gas and oil. It has remained so far with a positive outlook for a significant period of time and on the stock exchange market. This company provides a diversified range of products and other services to the oil and gas industry. One special thing about this business is that it operates under a 3 way fold core business. This is oilfield, machinery and power as well as the maintenance and repair part. One of the ways in which Deleum has prepared to meet the future demands as well as possible challenges is by ensuring that many other subsidiary groups that were initially operating under its name have been rebranded the same name -0eleum.But just how did this company come about? 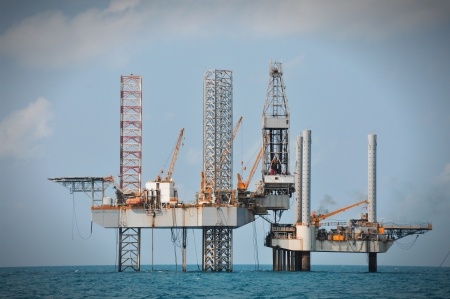 Well, it dates back in 1982, when it was established in Malaysia as a gas and oil industry. It later adopted its current name in 2007. This is an invest company and with the help of the subsidiaries, it has provided much service in relation to the oil and gas industry especially on the aspect of exploring and producing.  This is among the strongest companies of all time as recent studies have shown a remarkable growth not only in the investment but also the profits. It is an obvious fact that for such great development to occur, there must have been well laid plans on the ground to keep this big name on the spot.

Many investors have been deeply attracted by the efforts which have been shown so far by the management under which the entire team works. On the side of power and machinery, much focus has been put to provide a full cycle of generators, compressor packages and also the turnkey solutions for the full supply of heat and power. One can be assured of other services like installing, repairing and also maintaining of the flow regulators. Floating systems are also provided under this unit.

Deleum has the ability to meet all the requirements of the clients who need power generation, pumping systems as well as compression of gas, this is because they have formed partnership with the other leading gas producers. This is a strong business which can comfortably satisfy the eyes of all the investors from allover the world. It should be also noted that Deleum has the capacity to provide the gas turbines and they also have a maintenance procedures which entails upgrading, and also providing the needed technical support.

The idea of aftermarket support has also empowered this company as it has come up with a strong training facility which simulators. The entire tests for the systems upgrades are conducted here. This will not only work on the efficiency but as well expand a bigger room for the innovation. Technology is spreading at a higher rate and this company is not just to be known in few individual countries but allover the world.

With this grand development, much growth has been noticed in the recent past as a result of this progress. There is no doubt that by 2030, many ideas that are being inaugurated now will already have taken roots. Gas and oil are among the most sought resources and therefore much effort should be directed towards their creation and preservation.  Owing to the fact that Deleum has an integrated training facility, people should grasp this opportunity as they will also form part of the great names that ever existed. Deleum core business is a name that continues to be celebrated.

Video Playback: Interviewing and Selling Yourself