Developments made by Blackberry-Launch of BlackBerry Q5

It is amazing to note the changes that can be made within a year. During the world even last year, BlackBerry was trying to improve on its mobile software and hardware in order to ensure that developers’ interest in its platform was maintained. They have made several developments in this regard and as such, it is a completely different story for them. They have more apps, new hardware and updated software which comes in handy for its BlackBerry platform.

The success of 3rd party messaging apps is one that cannot be ignored and while it might seem to be a little too late, BBM platform has also gone cross platform. There is no doubt that they are gaining momentum. Some of the highlights coming from BlackBerry include the following. 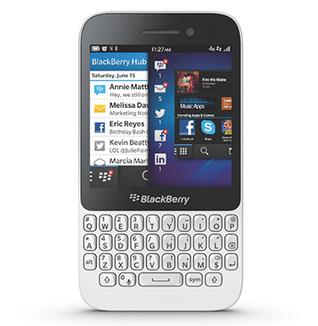 This is the latest handset from BlackBerry and it comes with a touch screen 3.1 and full keyboard. The target market is Asia, Europe, Africa Latin America and Middle East. It is expected to launch in July and is in actual fact a budget device for all the emerging markets. The announcement about launch of the device was made during the BlackBerry Live event in Orlando though the company was skeptical about the actual release date and other details. However, it is clear that it will be available in 3 colors and it will be seen as QWERTY alternative to BlackBerry Q10 which is highly priced. When it is compared to Q10, Q5 is best described as BlackBerry Curve and it will have a RAM of 2GB, internal storage of 8GB and a dual core processor of 1.2 GHz. What is more, it also boasts of having a rear camera that has 5 megapixels, a webcam that is front facing, connectivity of 4G and a battery that is 2100mAh.

This is for Android and iOS and is it one of the longest rumored BBM expansion that is turning out to be a reality.  The software is designed to support basics first and this includes Groups and Messaging. Later on though, it is expected to include all the BBM suite tools which are found on BlackBerry 10 and they will come with voice calls and screen sharing.

There were hints about the release of this update and it is expected to come with some additional excellent features for the Z10 handsets currently available in the market. Some of the features include messaging PIN to PIN, cursor control that is way improved, custom notifications support and HDR camera mode. BlackBerry has been under pressure to deliver on these and as such, they are expected to live up to the same.

Apart from the developments mentioned above, it is important to note that it making some amazing inroads with other apps. In essence, it claims to have at least 120,000 apps available so far. Also, note that a large number of these are Android applications and while this is the case, as long as customers get the apps they are interested in then it is clear that everyone involved will end up happy and this also includes the BlackBerry company.

In actual sense, the company is already in the 2nd inning of ten BlackBerry ballgame and it is evident that it is already picking up steam. While the sales are not expected to rival those of Android or iOS it is still proving to be a major challenge for Microsoft Windows Phone than most people assumed. While during the last year there was not even going on for the company, there is no doubt that this year, they have made immense progress and with these developments, BlackBerry is expected to grown larger and better.

Learn How to Be Productive/Improve Office Productivity

THE MINDSET BEHIND SUCCESS - Motivational Video

Apple Clears Air about Privacy on its Voice Data Store â€“ Siri, But More Still to Do